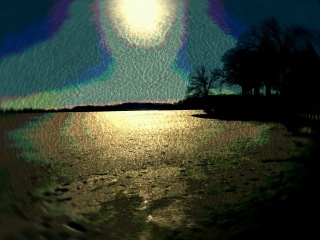 When my last post had words
simmering under the heat
of ice melt,
I thought my heart was melting
in the stillness also.

But the beginning of the ice melt
is only, well, the beginning.
And the cold has returned to our Wisconsin
Lake town.

But what about my heart? Is this only the beginning
for the ice melt there as well?

Today is Week 8 over at Michele Morin’s site Living Our Days,
where we have been studying C.S. Lewis’ myth re-told, Till We Have Faces. If you enjoy lively discussion and vivid insights, then hop over to Michele’s site for her excellent leading of the study.
And, if you have been following along here, you might remember that Orual had just become Queen in our last study.  After her sister Psyche’s banishment to a life of desolation, and Orual’s own inner desolation, Orual chose to immerse her days in becoming more and more “Queenly,” and took up the title with much virtue. She instituted changes that brought a level of justice and knowledge that her Kingdom of “Glome” had never known before. But those were her days. Her nights were a different matter:
“one little stairway led me from feast or council, all the bustle and skill and glory of queenship, to my own chamber to be alone with myself–that is, with a nothingness.”
As her years wore on, “round and round like a wheel,” Orual became weary of the never-ending sameness to her days, and decided to go on a tour of the countries surrounding her own. The lands were finally at peace with each other, and she thought there could come a variety to her days by traveling.
In all of these years, Orual had chosen to wear a veil to cover her own face. Ever since the devastation that happened at the mountain with Psyche, there was a hiding that Orual took up as a cloak. And as the years lengthened, there were fewer and fewer alive who had remembered seeing her face. Always called “ugly” when she was younger, there was now surrounding her an aura of mystery.
Towards the end of the traveling tour, while her companions and servants rested, Orual wandered into a temple where a strange priest recounted to her the tale of the young goddess called Istra, (Psyche’s given name,) who had been banished to a life of desolation.  In those moments, Orual’s hard heart threatened to break open. She was furious over the way the story of Psyche had been misrepresented through the years.  The true story rushed into her memory, indeed into her very heart, and she remembered the times that she had not admitted to anyone: she had seen the god with whom Psyce dwelt in the palace of supernatural making. In her anger she vowed to tell her own version of the story, and she would unleash her anger at the gods for taking away her own Psyche.
“Often, though I had seen a god myself, I was near to believing that there are no such things. The memory of his voice and  face was kept in one of those rooms of my soul that I didn’t lightly unlock. Now, instantly, I knew I was facing them.”
As I wait to read the final chapters of the book, I wonder what will become of Orual as she unlocks her heart to face the ice-melt that is happening there. Will she ever remove the veil that she has shrouded herself with for so many years?
More importantly, when the true God who created
all of these dwelling places for us,
our very souls,
calls us to let Him remove the veil
and melt our hearts,
how will we respond?
In my place of pain and weakness,
will I let Him speak words of beauty
over me?
Or will I choose to hold onto
the tattered and worn veil,
refusing to let Him cover me
with His words of Love?
As I pray for my own heart
to find the unveiling
so that I can be covered by His Love,
my prayers are also filled
with longing
for you, my friend.
Will you open to Him?

“The Lord your God in your midst,

If you want to catch up on any of the posts relating to C.S. Lewis’ Till We Have Faces, you can find an index by clicking here.
I am linking today over at #LiveFreeThursday Suzie Eller

10 thoughts on “Unlocking the Heart”